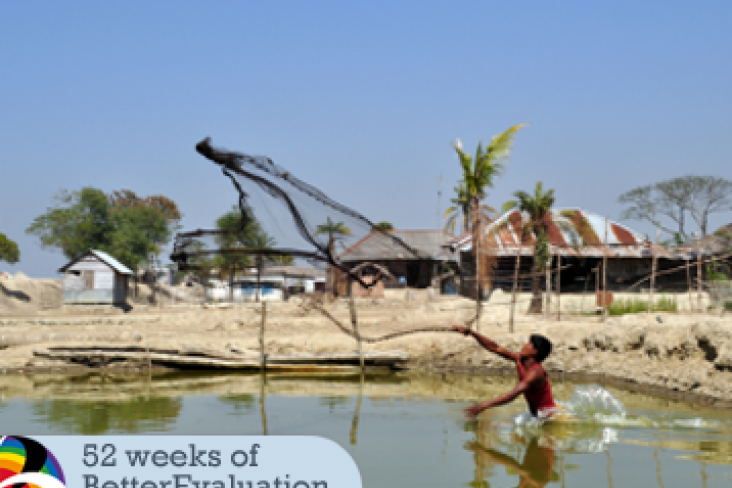 Stephen Porter is Results and Evaluation Advisor for the Education and Partnerships team at DFID. In this blog he gives us a valuable insight into what a funder might be thinking as they review a development programme proposal and how he uses evaluation evidence to make funding decisions.

In comparing the information that comes from (traditional) systematic reviews to that which comes from a realist synthesis, he urges us all to think hard about the ‘how’ of development interventions, particularly in livelihoods interventions.

As someone from DFID who has to make recommendations about which proposals to fund, the first feeling I get when I sit down to a new batch of proposals is trepidation. Will they be well written, but missing something essential? Will it be poorly articulated, but with a good central idea? Am I going to respond fairly and give good feedback?

Evidence has become a mainstay of development programming and consequently the funding review process. With many large granting organisations emphasising what they call ‘an evidence-based approach’, increasingly sophisticated demands for evidence to support proposals are going to be required. Yet a key piece of evidence that can tip projects into the ‘Yes’ pile for funding is rarely available: often proposals cannot or do not use evidence of how something works.

Recently evidence gathering in development has been focused on getting more evidence on what works. Deworming, for example, appears to be good idea to increase attendance at schools, but how to implement deworming in different contexts so that it complements other interventions and supports sustainable change is a little more challenging.

My experience is that the evidence gap of how an intervention works becomes thinner in livelihoods proposals. Livelihoods interventions are often complex and multifaceted linking empowerment, microfinance and household production, yet evidence on such interventions against high academic standards is patchy.

Using systematic reviews and realist syntheses to understand the how

Development projects are often nuanced in the effects they are seeking to support; it can be difficult to find systematic reviews or relevant evaluations designs that provide guidance for multi-faceted programme designs, such as those in livelihoods. Besides even if these existed they may just tell you that they are likely to work, not how to get them to work in your context. In other words, they only provide part of evidence required for strengthening a project design and by extension the proposal.

Realist evaluation and syntheses are an example of a form of evidence that still has a good degree of academic rigour. A realist evaluation provides evidence of how interventions work by identifying causal mechanisms that are activated given certain contextual conditions. In a realist synthesis mechanisms are identified that can be targeted across a range of contexts to improve the chance of success. Where they exist, realist evaluations and synthesis can help programme designers to identify where current interventions can be adapted and where additional project partners are needed to bring-in new niche skills.

Comparing some of the systematic reviews and realist synthesis consulted during a recent round of programme proposals reveals the differences.

As can be seen in the above table, the systematic reviews accessed tell you more what works; the realist synthesis tell you about mechanisms that affect the potential changes that an intervention can realise. Recent moves in experimental and quasi-experimental designs are now emphasising questions around mechanisms. So in future that should be more evidence on how and why. Currently, realist evaluations and synthesis is useful as a check against the proposal: Has the proposal highlighted how it intends to affect or mitigate a certain mechanism? Has the proposal missed any of the main mechanisms? Answering these and similar questions does not guarantee a proposal’s success, it just indicates that the design of the programme has been informed by a reflection on evidence of how the intervention works.

So this blog finishes with two requests. First, that we should aim to conduct more evaluations that answer how questions, whether realist, experimental or systematic reviews. There is surprisingly little out there and what there is seems to be more in the medical field. Second, when putting together development programmes do not just write about what works, or what has worked for you; try to write about how something worked and use sources of evidence as verification.