It works to determine a relative ranking of socio-economic status of the household rather than an absolute ranking. It can help determine which households are benefiting from an assessment and whether or not they belong to the target group.

Social mapping is used to identify households based on predefined indicators relating to socio-economic conditions (e.g. status, skills, property, education, income, etc.). The population’s wellbeing is then ranked (by those living there) according to which household is better or worse off in terms of the selected indicators. This method therefore results in information about households’ relative wellbeing, rather than an absolute assessment.

For wellbeing ranking: Use cards to sort households, ordered from worse-off to better-off, according to a participatory ranking process. Divide the ranked cards into groups where there is a clear cluster of scores in order to define your target group.

These methods are useful for tracking change over time, and for assessing which households benefit from a project and whether they belong to the intended target group. Both methods are most useful when ranking households in areas limited in size, such as in a neighbourhood or small village.

Outline of a social mapping exercise

Below is an example of a well-being ranking exercise in an IFAD-supported project in a village in Laos. 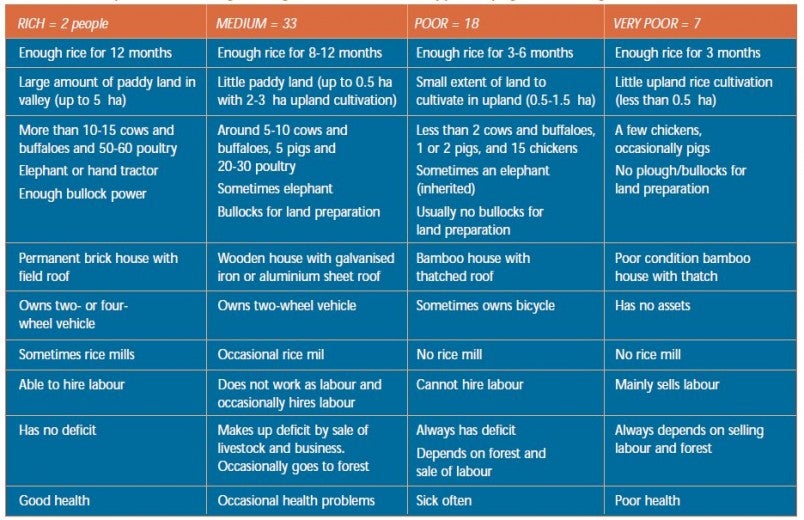 'Social mapping' is referenced in: