A network diagram uses a set of nodes and connecting lines to display of how people (or other elements) in a network are connected.

It is usually a product of social network analysis.

The strength of their connections is represented by varying the display of the line, where width, colour, and arrowheads communicate aspects of the relationship. The position of the nodes themselves also implies centrality or distance from the network. Viewing a network diagram can help understand which employees are most critical to certain tasks, how students in a school are grouping, how grantee relationships changed after a convening, and so on.

A web environment network for ASIS&T (created by Webometric Analyst) 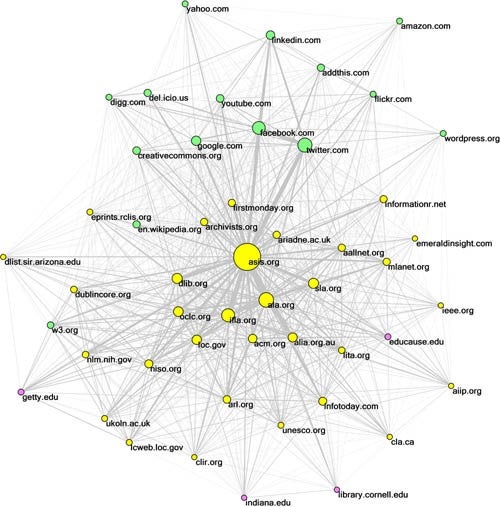 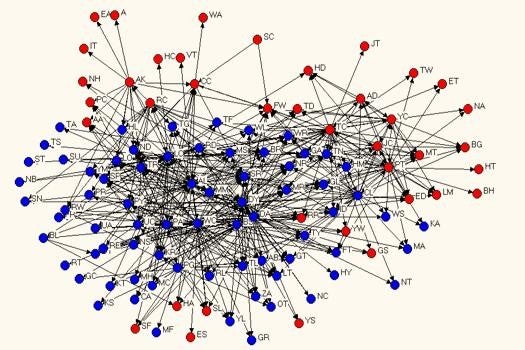 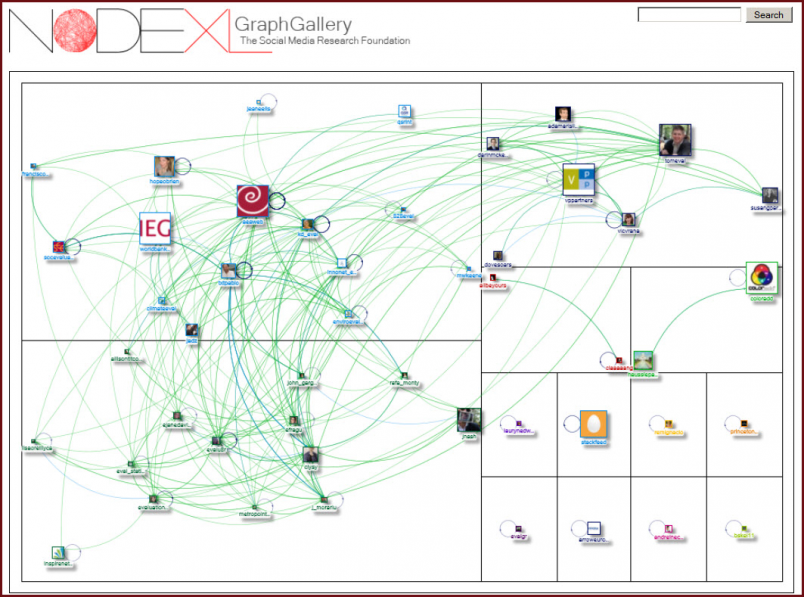 This network map shows Twitter users who add the #eval hashtag at the end of their tweets and how those users are connected. Those users in the centre of the network have the most lines connecting them to others.

Network diagrams can be produced by hand but are most often and most accurately produced through software specific to social network analysis.

Plan to customise the default diagram produced by social network analysis software so that colours are intentional, fonts are legible, etc.

Whether to put labels on the nodes is a debate. Some say labelling the nodes is helpful in decoding the diagram and finding solutions to problems. Others say adding labels wouldn’t be helpful. In truth, it depends on the context in which the network diagram will be displayed and the strength of the existing relationships.

'Network diagram' is referenced in: